After an adventurous day spent enjoying downtown Charleston and running on the Ravenel Bridge, the evening Jordan had been waiting for since he and Sarah first began dating, seven years ago, had finally arrived.  As the sun set over the Charleston Harbor on Sunday, October 30, Jordan and Sarah were taking a stroll down the Battery.  Jordan had just treated Sarah to a succulent meal at Charleston’s highly noted, Peninsula Grill.  There, Jordan opted out of dessert and promised Sarah they’d stop for a treat later.  On their way to White Point Gardens Sarah stopped frequently to take pictures, not knowing her fate was awaiting her in the gazebo.
“We finally got there after taking what seemed like a thousand pictures,” said Jordan remembering the special night. 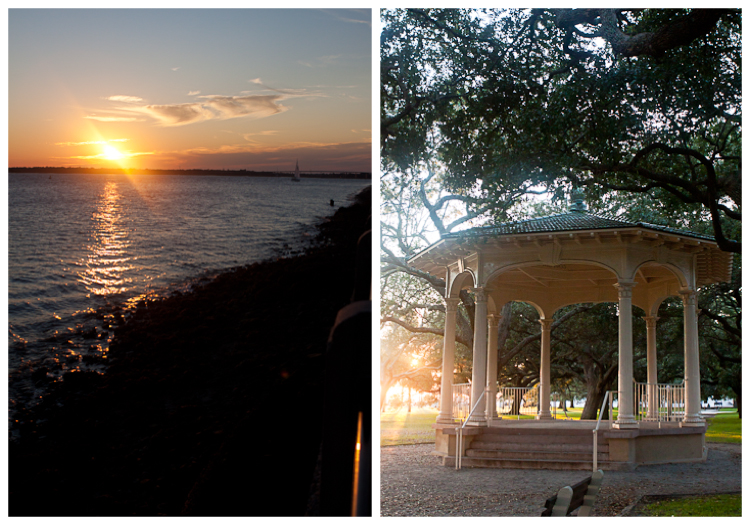 When Jordan and Sarah reached the gazebo he stopped her to describe the picturesque view of Charleston.  Looking out toward the water she saw palm trees, columns…history.  “Here’s the dessert I promised,” Jordan said as he presented her with one of her favorite sweets, Dove Promise chocolate, complete with his own custom message inside.  Then he knelt on one knee and asked Sarah to be his wife….. 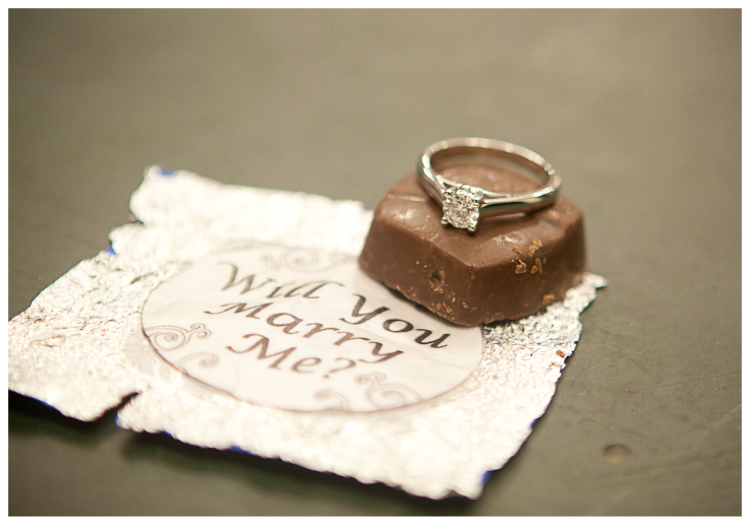 While the sun had already set, and tears of JOY had fallen, we tried for some photos to capture their first evening as an engaged couple.  Sarah glowed with excitement.  Visions of wedding plans and a life together danced in her head.  Jordan stood a little taller and held his future wife’s hand with pride. 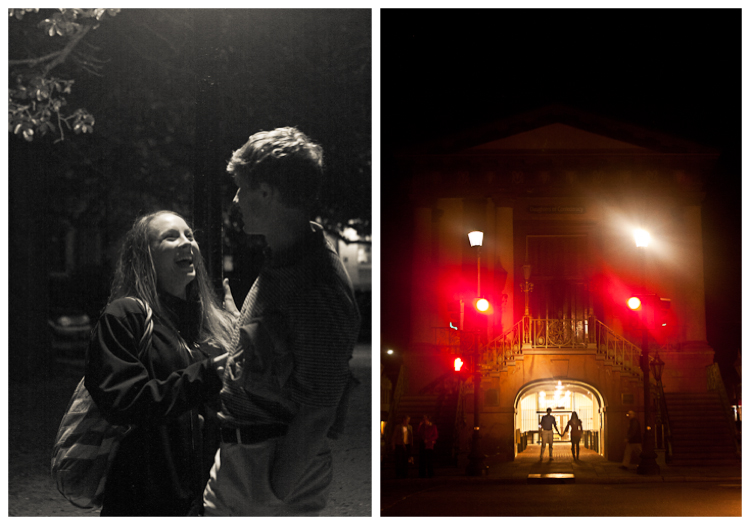 When I asked Jordan how he knew what size ring Sarah wore, he looked sweetly at Sarah and said, “seven years.” 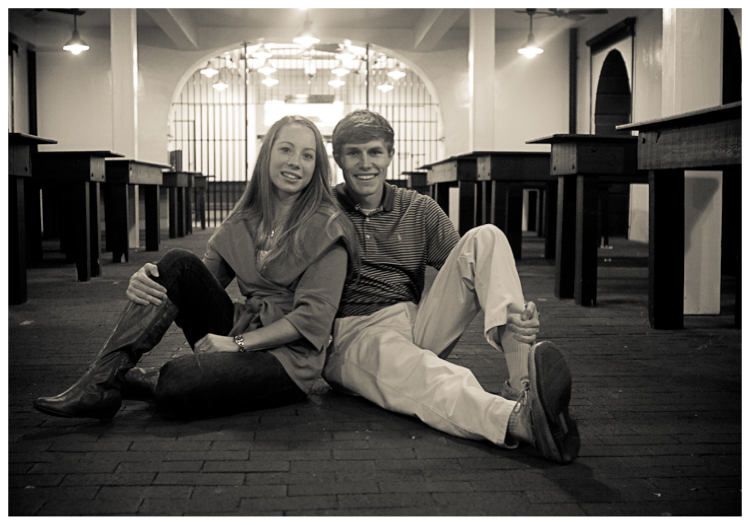